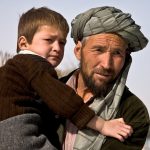 The European Court of Human Rights ruled on Tuesday that Hungary was responsible for multiple violations of a family of migrants' rights during their stay in the Röszke transit zone on the border with Serbia in 2017. During their stay in the transit zone from April to August 2017, the family claimed that the children did not get fed adequately, and there was no air … END_OF_DOCUMENT_TOKEN_TO_BE_REPLACED 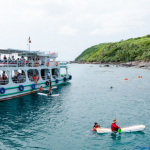 UNHCR Germany is calling on political parties to step up their commitment to the Geneva Convention and ensure refugee protection around the world. Family reunification opportunities, in particular, should be increased, the UN agency urged in a paper published on Wednesday, March 3. "Germany is a role-model in global refugee protection and holds great credibility as a host … END_OF_DOCUMENT_TOKEN_TO_BE_REPLACED 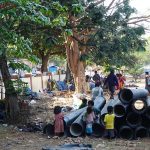 In a meeting with the mayors of the Greek islands hosting refugees, Mitsotakis said that a park is to be built on the former Moria migrant camp on the island of Lesbos, German news agency DPA reported Thursday. The notorious Moria camp, which hosted around 12,500 refugees and migrants, burned down last September after residents of the camp allegedly set the fire … END_OF_DOCUMENT_TOKEN_TO_BE_REPLACED 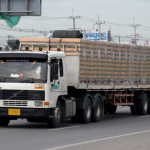 Italian Carabinieri police discovered the six people in the bed of a truck at a logistics center in Calderara di Reno, in the Bologna area. Three of the migrants were reportedly minors. The police intervened after receiving reports of suspicious noises coming from inside the truck. When they opened the truck door, which was accessible only from the outside, they found a … END_OF_DOCUMENT_TOKEN_TO_BE_REPLACED 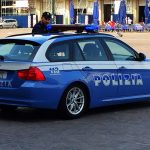 A 21-year-old Syrian man has been charged with murder for stabbing two tourists, one fatally, in Dresden's eastern city in 2020, Germany's top prosecutor said on Thursday. Syrian Man Charged with Murder The Office of the Federal Prosecutor (GBA) charged that the man, identified only as Abdullah A.H.H. under German privacy laws, targeted the victims with a knife and acted out … END_OF_DOCUMENT_TOKEN_TO_BE_REPLACED